It’s the talking to a serial killer who is in prison to stop a new serial killer trope, with the usual genders reversed, and more zazz. Instead of the detective or vulnerable FBI trainee having to establish a new relationship with the serial killer, they already know each other…from the inside out, as Ms. Gretchen the killer held Det. Archie Sheridan for ten days and tortured him into the broken man we follow for many parts of the story.

The other main character is Susan, an also somewhat broken newspaper reporter who is following Archie to get the scoop and is more connected to the story of the new serial killer to track down than she realizes. Ah, thriller novels, sometimes it’s like everyone lives within a three block radius of each other.

Sometimes it’s nice to get a thriller with virtually no virtue signaling and this one is also quite gruesome at times. It’s definitely an interesting start to this six book series that’s supposedly focused on Archie and Gretchen when you consider that Gretchen is more of a haunting presence pervading the whole story with her pageant queen sadist essence than a participant.

Danger Crumples didn’t have to visit Merricat in prison to learn her secrets, but she was only available to play mind games with him for a very limited time.

“Hey, there’s some strange stuff going on around here.”

67. Children of the Dark – Jonathan Janz

An escaped serial killer, a different kind of wendigo than I’m used to, teenagers of both the complete asshole and not variety, little kids, and a shitty town that doesn’t care about the “undesirables.” That’s what we’re dealing with in Children of the Dark.

At the start, all I could think about was Richard Laymon and how annoyed I got reading the endless clothing changes and teen erections of The Traveling Vampire Show. Thankfully, that didn’t stay. Janz did not make the characters continuously change clothing and I didn’t have to sit through too much of teen boys being teen boys slowing down the overall plot. Although, he did basically replace the teen boy erections with monster erections and that was both funny and irrelevant. They’re monsters, do they have to be discussed as rape threats as well? Is that really necessary? Most women have to deal with the possibility of rape as a consistent threat anyway, especially when they make the mistake of walking somewhere, standing somewhere, just existing, alone, so it’s pretty unnecessary to make a monster that easily kills also a rape threat. For example, I was once threatened with rape while walking through the reference area of the library I worked in, so, it happens all the damn time. Let the monsters just be threatening because they’re monsters.

Children of the Dark ended in a completely different place than I expected it to and that was nice. It’s a bit Richard Laymon and a bit Stephen King with the ensemble of town folk and the kids taking on the lion’s share of dealing with the threats, and a little bit H.P. Lovecraft. The world of monster-threats was expanded widely at the very end and that was great. That said, I am not sure if this has a sequel. I stumbled across Janz and then sorted out that this one was at the library. I have to research whether or not this has a sequel or an adjoining story or anything, but I do hope it does. 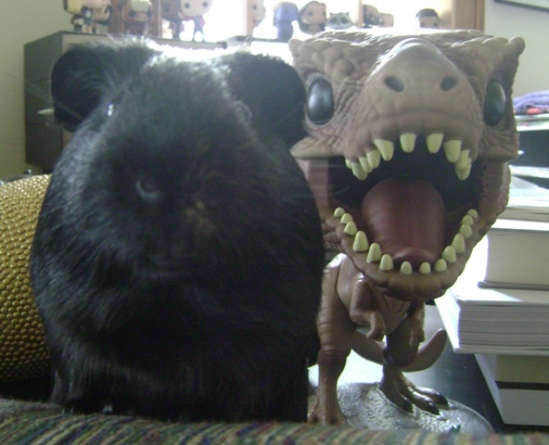 Sometimes just big pointy teeth can be intimidating enough. Or I guess not at all if you’re my little Salem.

“Show me your teeth” – Lady Gaga

Although I do feel that Gillian Flynn is contributing something very important with her unlikeable heroines, when I read Sharp Objects I started repeating the phrase “beautiful, but damaged” in my head. I felt like the main character could easily be reduced to just that phrase and I was very annoyed with that.

Sharp Objects is Flynn’s debut and perhaps the irritation I felt is a result of an overzealous editor reducing what she wanted to do to tropes, but, maybe not. Maybe she was just being cliché with her narrator in her first novel, it’s impossible to tell. And I have to say that she utilized the trope of returning to one’s hometown in a better way in Gone Girl, where she threw the out of place feelings onto the sociopathic outsider and bullshit hometown-heroed the townie husband. 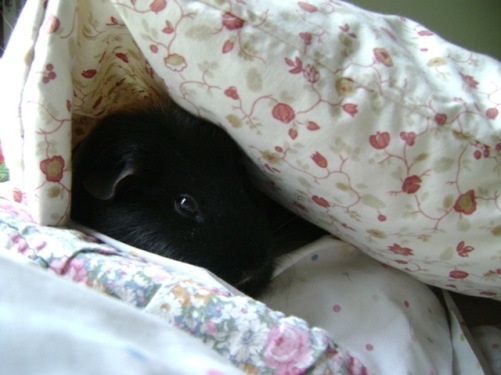 Murderface is beautiful, but sleepy.

I’ll just start by saying I love Manhunter. It’s super 80s, Tom Noonan is awesome in it (“Do you see?”), Brian Cox does a non-camp and actually intimidating (pre-Mads, that is) Lecter, William Petersen is an angsty but indelicate Will Graham, and there are so many iconic moments. It looks great, it sounds great, it’s just one of my favorite movies. After 2017’s plethora of shit, I sincerely hope that I will not soon find out that making this film was a nightmare of sexual harassment. It probably was. Nothing gold can stay.

Anyway…although I love Manhunter for all its 80s-ness, it did sort of leave quite a few things out that I now know after reading Red Dragon. Red Dragon is a great book.

And I must say, the William Blake print-eating scene bothered me infinitely in the version with Ralph Fiennes. I wanted that archivist to wake up and punch him in his face repeatedly. You are not supposed to eat the priceless pieces of printmaking! Fuck your becoming – you leave that Blake print alone! Bad serial killer. Bad. Very bad. (They’re fictional, which allows me to be mostly bothered by the librariany parts. That print is real. And thankfully uneaten. Don’t hurt the library materials. No touching.) It also bothered me in the Hannibal TV show, which I also love. But I agree with all the people who said Dolarhyde was too attractive and not very menacing in the show. Having Rutina Wesley as Reba was really good though, she was great. 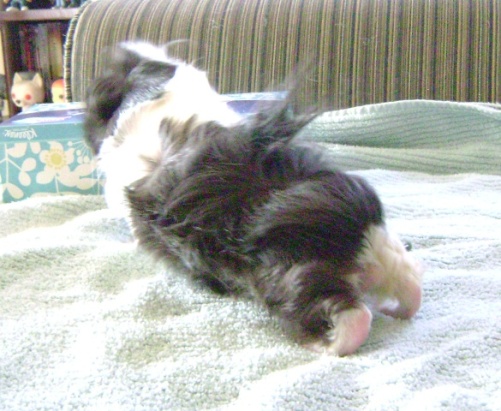 This picture of Finny stretching reminds me of Richard Armitage’s portrayal of Francis Dolarhyde. SO much stretching. This is not Finny’s becoming.

Here’s Finny’s parody of the Hannibal (I mean Finnibal) TV show’s wendigo, or, *cough* Findigo. Available on stuff and things – along with the other works I’ve uploaded this Finnybruary, Samurai Finny and Raspberry Finny! Also, I did love the swapping of Dr. Chilton for Lounds on the show and the whole “You put your hand on my shoulder like a pet!” thing. Nice work. Holy shit.

Antique carousel!  This was a horse of a different color when it comes to 1990s YA suspense. Normally, there’s a girl, maybe she moves to a new town and suddenly she finds a cute boy and – oh! – he asks her out or asks her to come to the party of that girl who has been giving her dirty looks since she first came to school and then something bad happens, probably to the cute boy, and then the very normal, clearly pretty girl deciphers the mystery and gets away while some random gets Scooby Dooed. Eyes of a Stranger gives the narrative main haul to Marissa, who is clearly pretty but also happens to have one leg that’s shorter than the other…which makes it very hard to run away. She also has some rules to live by that make her a relatively formidable opponent in comparison to the usual YA last girl protagonists. Marissa lives out in the country with her Uncle Paul, a carousel man, and helps him run the carousel whenever she isn’t in school. The carousel attracts one customer who has very icy eyes and keeps bringing different blonde girls to take a ride. Marissa is not blonde but I bet you can guess where this is going, but not what’s in his toolbox. Ugh.

This is Ozy’s “I’m suspicious” face. He wouldn’t be a great carousel employee, but he could definitely ferret out suspicious characters.