“Are you capable of holding down a man who is thrashing and calling you names?”

Although this book is basically a romantic ghost story and I was expecting just a ghost story, its subject matter is oddly prescient for the Memorial Day holiday during a pandemic.

It’s 1919, Kitty Weekes lies and gets hired as a nurse at Portis House. It’s in the middle of nowhere and takes care of shell-shocked soldiers. But…are they really shell-shocked or are they just being hidden by their families and plagued by those who haunt that house? Are the ghosts related to the family that built the house who also completely disappeared? Why is the library so seriously depressing as to change the mood of everyone who goes over by it? Why is that one patient never at dinner?

Well, since Kitty has no idea how to be a nurse and she’s dealing with lots of very sensitive patients and also working the night shift with little opportunity for sleep (which is very hard, let me tell you), it takes her very little time to make everything go topsy-turvy. She uncovers that the patient who doesn’t come to dinner is the war hero mascot who gave many rousing speeches for the press to inspire everyone to endure the war. He’s got panache and he’s apparently also a madman (self-labeled) and Kitty the not a nurse keeps falling into his room and telling him things she wouldn’t tell anyone else. To be fair, I also know someone who used to be in the army who has that effect, but, does not self-label as a madman.

Anyway, it’s a good thing for Kitty that a lot of the patients aren’t really in need of constant nursing. Several clearly have PTSD symptoms, which makes perfect sense, and one has apparently embarrassed his wealthy family by losing his legs so they put him here rather than endure the shame of having a hero who sacrificed actual limbs for the cause in their midst. In this story, their illnesses involve a lot of shame being put on them that they never should have had to even hear about. And it’s institutionalized to make money- because of course it is.

Thankfully, once the ghosts truly get going, most of the soldiers/patients learn how functional they really are, are allowed to remember themselves as people with will, and then lots of the staff and soldiers come down with the flu – the baddest of influenza – and Kitty realizes she has also learned something from the other nursing staff in addition to the madman/war hero mascot and got it together. Phew.

The other book I’ve read by Simone St. James also involved ghosts and certain spaces causing certain morose feelings, but there wasn’t a romance element. This was a good read overall, it just wasn’t as engaging as the other for someone with my taste because I kept rolling my eyes and thinking about fraternization and boundaries and service and why can’t people just work together and also keep those boundaries like they’re supposed to? It’s not like the ghosts would have left if there was no damseling. They had their own jobs in that house replaying their shitty history.

Horace isn’t afraid of doing his job without proper training or the flu. Or ghosts, since he could be one and he’d be the best kind to have in the house.

If I’ve learned anything from all the haunted house books I’ve read and all the haunted house shows I’ve watched is that if a really cool house is cheap – something is desperately wrong with it. New, old, it doesn’t matter what decade you’re buying it in either, it’s probably haunted. By something. Perhaps the ghosts of architects past, perhaps the ground is sour and there’s no specific ghost, perhaps somebody’s really favoritist mother- who knows?

In this story there are no clear explanations. There are hidden rooms, weird stains, drawings that show up on the wall, an encroaching forest, a creepy neighbor who lives with cats and an ammonia smell that was palpable through the pages, some creepy kids in a tree, burgeoning medical problems, algae, a cave scene that I thought was actually going to go somewhere but didn’t… It was interesting but I’m about as clear on how I feel about it as the book was clear about exactly what was happening and there’s an extent to which I wanted more.

I mean, they looked at newspaper on fiche (insane, it should have been microfilm, looking at newspaper on fiche is a nightmare if you don’t have an exact date for what you’re looking for and sometimes even if you do – librarian tip) and they still didn’t have a specific and clear explanation. Well, dude was a beginning fiche user. 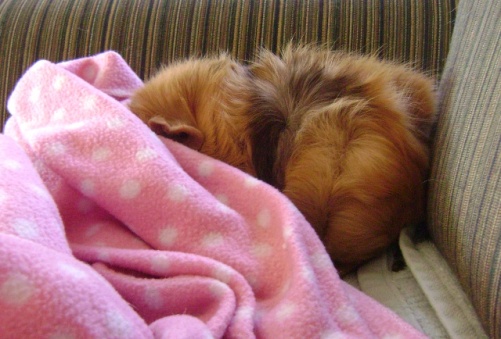 Ozma hides her head at the thought of looking for newspaper articles on fiche. The endless grocery cart motions to get through the pages, never knowing which side of the fiche goes down and then having to pull out the tray to flip it like every time you need a new one, getting to the end of the row and forgetting which direction you’re actually supposed to push and then pull to get to the beginning of the next row, your eyes going bleary from trying to catch the one detail you need to confirm the article … I mean, it’s okay if it’s the index to the paper, but not the actual newspaper. That’s just brutal. Brutal.

“This is how we do things in the country”

Cherie Priest is one of those authors I feel like I should have already read lots by. Boneshaker was a great big deal as I recall and I was super into the idea of Maplecroft because I love some lady murderer stories. I tried to read Maplecroft multiple times but I was just not getting in. Just not. And that made me pretty sad.

Fathom is the only book of hers I managed to get through and I liked it okay…but was not wanting MORE! on any level. However, with The Family Plot, I think I finally found the Priest for me. I absolutely loved it.

Because of the existence of dust and me in the same universe, I will never become a salvager or a picker or the sort of person who finds antiques and cool pieces of house until they end up at a store. So, as abbreviated and possibly inaccurate as the operations of Music City Salvage may be, I don’t care, novel-level accuracy got me wholeheartedly into this story. Main character Dahlia was very relatable for me – she has allergies (not as bad as mine, clearly, or she couldn’t do that work, but they like never get mentioned anywhere and so many people have allergies that do work involving old things), she’s relatively fearless, she recognizes the value (sometimes exact) in antiques, and she knows how to organize disparate elements into a task well-finished. So I was entirely content to follow her through southern-style trying not to lose her shit while the ghosts in the Withrow house got stronger and more insistent and actually scary.

Pere and Ozy know the best way not to lose your shit is to turn away from the photographer and still look cute.

Marion and Ben and Aunt Elizabeth and David live in the city. It sucks during the summer. It’s like really hot and there are too many people and Marion doesn’t feel like her antiques get their due unless she’s obsessively polishing them and so she’d really like to escape. Just this once.

Well, a house that’s only $900 and way out in the middle of nowhere comes up for the summer. It’s full of antiques, it’s by the beach and has a pool, the only catch is Marion has to make breakfast, lunch, and dinner for an old lady she’ll never see. Perfect!

Everything goes fine and they all end the summer with a nice family chuckle as they drive back to the city. The end.

Okay, not so much. But it’s not ever really clear what is happening exactly or why that title was used if the very life is being sucked out of the adults. But I guess “Burnout Offerings” just sounds like a post-graduate school group therapy session title. Too contemporary.

Danger and Horace are waiting for me to get the movie so we can all figure out if we like that better. These boys really loved their 1970s horror cinema.

The sequel to the paperback with one of my all time favorite covers featuring an angry jack o’lantern munching on a bannister – The Manse, Torments really feels like a major re-tread. I haven’t even read The Manse, but there was so much summary information about what happened in it, that I almost feel like I don’t need to. I will eventually, of course, and maybe I’ll get déjà vu.

Anyway, this manse is haunted. So haunted that the land around it is super haunted and the town and the people and the construction site and the new apartment buildings and it’s just got super penetrating haunting powers. I think we all know how this turns out on Halloween and that it requires an elderly black woman to save whatever and whomever can be saved. 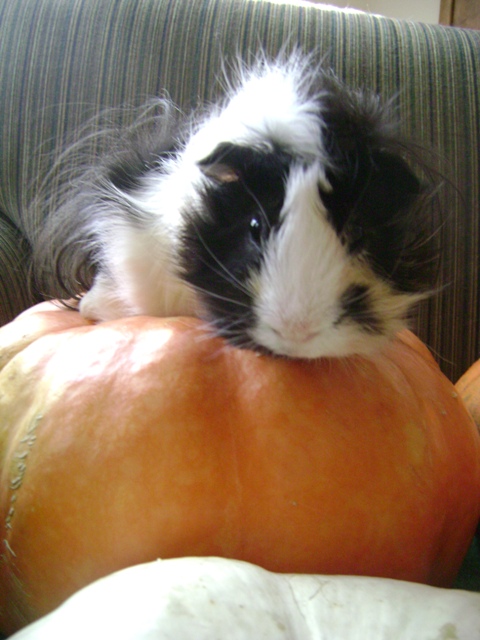 Finny’s idea of torment is sitting still for pictures. He never does. He never will. He might end up running a very specifically themed haunted house attraction someday.

Happy Halloween! Here are my little trick-or-treaters in Danger Things II, such a sweet little group.

They always come back.

Half the population of Shadyside are either dead or about to be dead, which is something they could have included in the brochure- but it’s understandable that they haven’t. Shadyside – highest teen mortality rate ever! Might not end up drawing visitors.

Good thing they have repeat visitors like Kody Frasier. She’s even capitalizing on her sister’s death. Whee! That will end well, it always does.

Peregrine clearly doesn’t care if Danger Crumples whispers the true secrets behind 99 Fear Street to her.

The real horror would have been a young, awesome-looking new resident going unnoticed.

Shock horror – Good looking young man moves into haunted house, gains attention from ladies both alive and dead! Brandt’s new and the latest ghost to occupy his new home has taken an interest in him. Whatever happens, Brandt is popular. Yay, Brandt, 90s guy!

Pickles will awaken from her nap when something slightly more interesting happens in this trilogy. Something that doesn’t involve a good looking person in distress.

“He is so annoying, he is so frightening, and he doesn’t wear a shirt.”

Moving happens. Moving into haunted houses happens. Moving into angry haunted houses that spurt green vomit from the sink happens…in this book. Plus, the ceiling drips blood. It seems as though Glenn Danzig was the house’s preferred tenant as opposed to the Frasier family – although he wants the blood to run UP the walls, which is a tall order. Anyway, I guess the lesson for this family is that they never should have left New York.

Thaddeus and Pammy moved with me three times. We never managed to move into a haunted house.